What to sow or plant in November

It really felt like spring today. And then it felt like winter. Then summer. Then winter again.

But that's November in Melbourne for you.

In spite of the alternating sunburn and frostbite, it's one of the busiest months in the garden. We're planting tasty summer crops, but also those autumn and winter crops that need long growing times.

It's officially tomato planting season now there's enough warmth in the soil to give them a good head start, along with all the other plants we often cook with tomatoes like capsicum, chillies, eggplant, zucchini and basil. The biggest decision for November is which tomato variety to choose. We planted tree tomatoes in the community garden today - apparently they can grow to eighteen feet high! 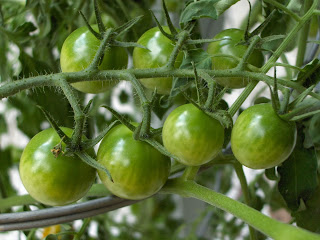 So let's take a look at the long list of all the goodies you can get going now:


Along with all the mulching, watering, propagating and weeding, there's plenty to be going on with.

Posted by Kelly Gardiner at 9:36 PM

We want a Moreland where everyone can grow food, garden and build connected communities.

Moreland Community Gardening exists to encourage development of a community that is active in growing healthy food in the urban environment, developing a network of vibrant and sustainable community gardens and supporting edible gardening throughout the community.

Find out more about our gardens (including what's on):

Dunstan Reserve Food Forest
We also manage a food forest set in the public open space of Dunstan reserve with many fruit and nut trees and other edible plants and you are welcome to help and share the harvest.

Pentridge Community Garden
The latest addition to our network of gardens is a space we are developing with above ground garden beds on the grounds of the former Pentridge Prison, now part of a residential development.

You can find out about other community gardens in Moreland (and much more besides) by visiting Moreland Food Gardens Network - we're a proud member and supporter!